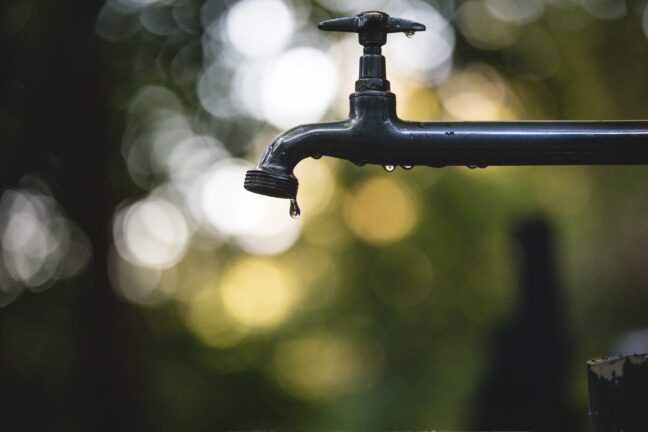 Sustainability is very important to us at il circolo. Therefore, we pay close attention both to the production and packaging of olive oil and to all the products we use. We found out that if you search for the sustainability of olive oil, you get an unsustainable image because of the water usage in the olive oil production. For example, some reports say that 1 litre of extra virgin olive oil requires as much as 3900 litres of water. Such a bad image of olive oil production is a pity, because we are trying very hard to take good care of people and the environment while producing a delicious product. Therefore, we wanted to investigate this question further: Does the production of olive oil cause water problems?

If you research how sustainable olive oil is, you can find all kinds of answers. One of the first statements one finds is that olive oil is much worse for the environment than one would expect, as the production process produces a lot of waste and wastes a lot of water. The water usage in the olive oil production potentially raises several problems. First, it is said that a lot of water is used to irrigate the trees and that this leads to water scarcity. Secondly, it is said that large amounts of chemicals in the water cause water pollution, polluting surrounding areas. Finally, it is said that a lot of water is used in the milling of the olives and that this also contributes to water scarcity.

We think it is important to discuss these statements individually to show what they are about and that the problem is not equally big everywhere. This is not to say that water is not a problem in any type of olive oil production, but to emphasise that there are big differences and that some olive oil producers do better than others.

There are big differences between the water usage of olive groves, depending on their size, also the region and the country they are in. No two olive groves are the same. We think it is important to list and clarify these differences. 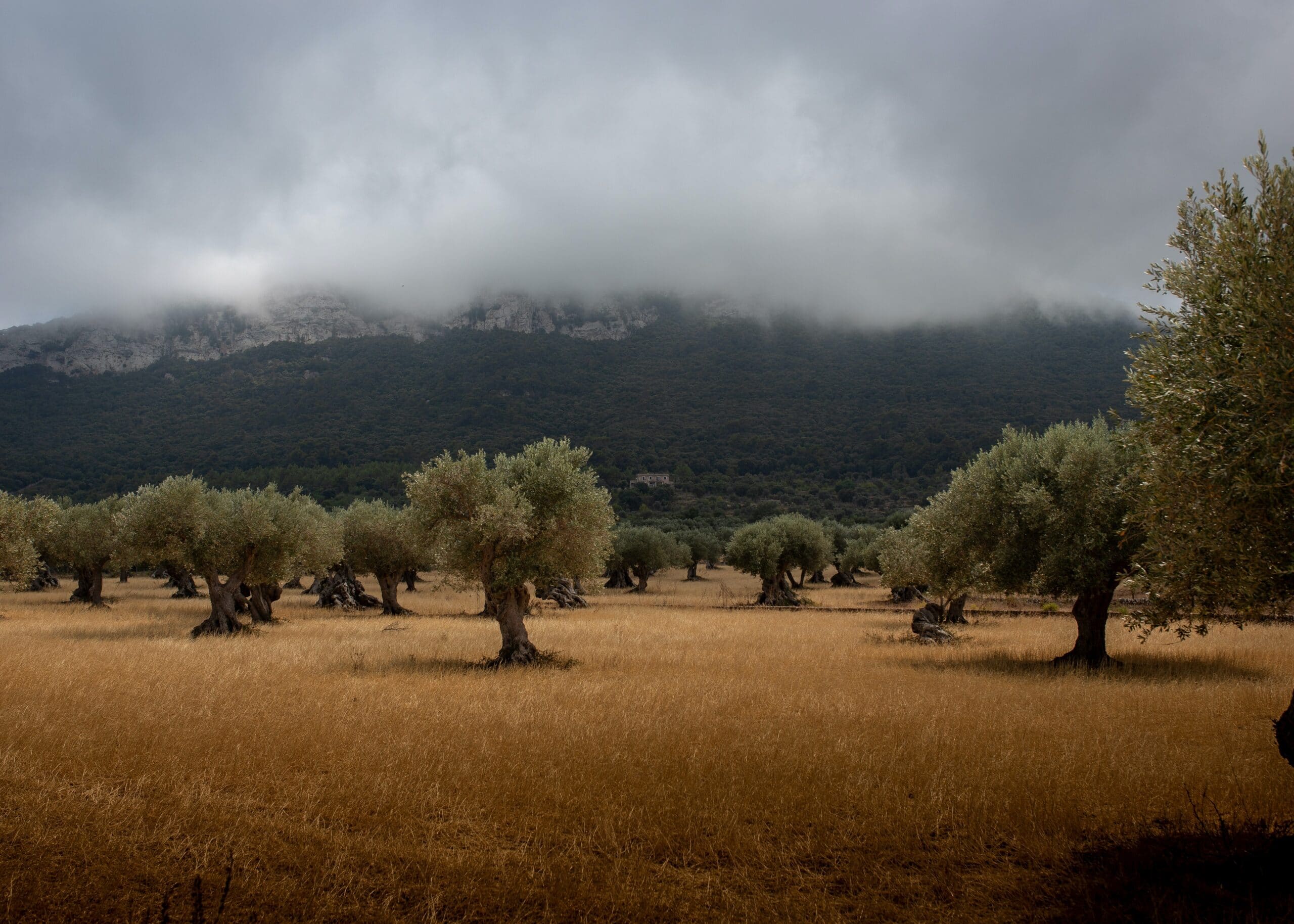 The traditional farmers here in Sicily often have small olive groves where the trees grow big and old. This is important in this context, because only young olive trees need a lot of water. When an olive tree is older, about 10 to 15 years old, it can tolerate the dry and warm climate of Sicily – and thus also the Spanish and Greek climate – well. This is important for small farmers not only to save water, but also because the money for a good irrigation system is often not available. The lack of irrigation systems also means less water consumption. Even when olive groves are irrigated, it is done in much smaller quantities than with an automated system in large industrial olive groves. Constant irrigation does have a positive effect on the production of an olive tree, mainly because it reduces alternance – the differences in yield per year – but it is a luxury that many farmers cannot afford. 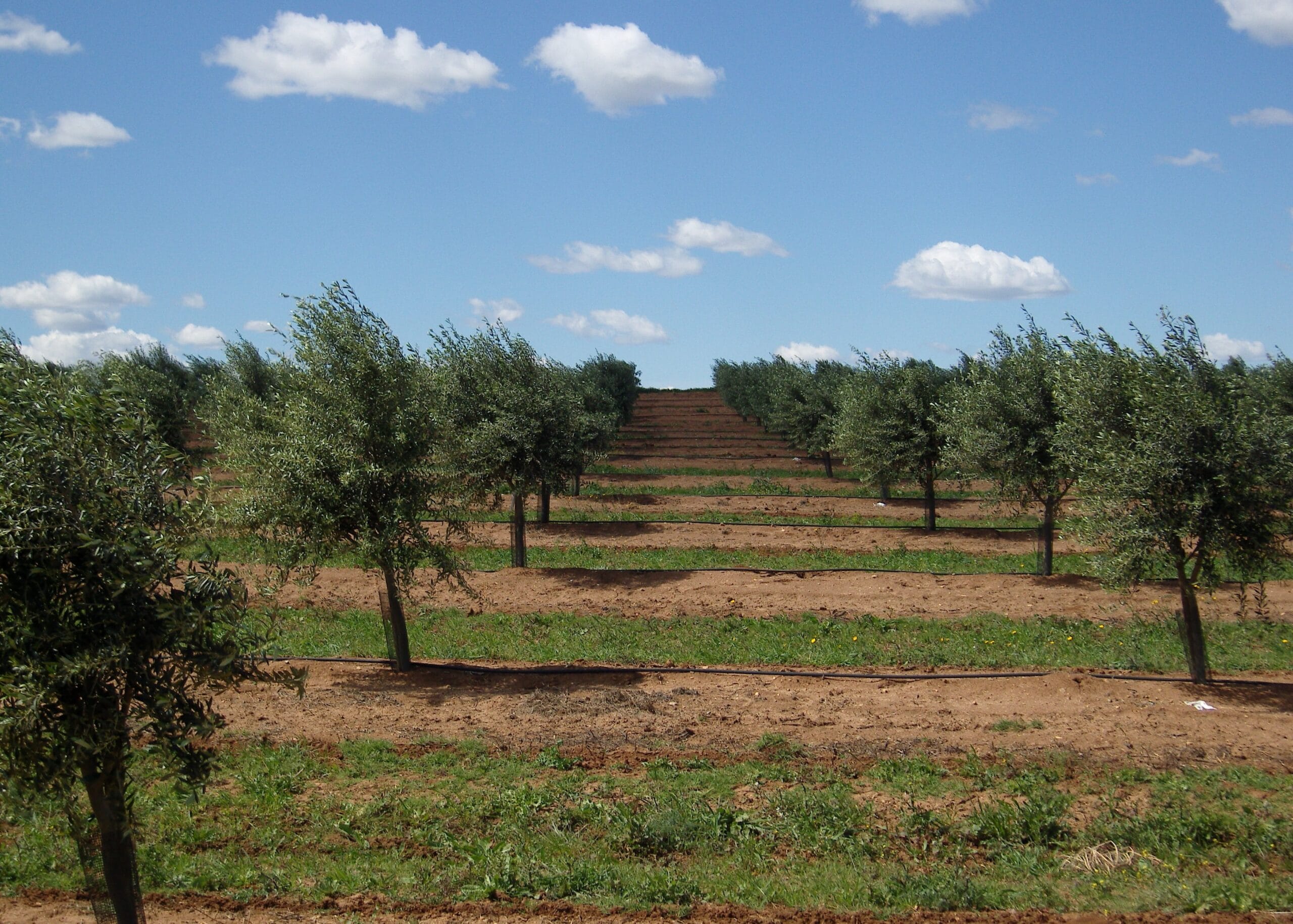 This is in stark contrast to the huge olive groves that predominate in Spain. There, only young trees are used and when the trees are too old, they are replaced by younger ones. This happens because otherwise the trees become too big for the harvesting machines used in these industrial olive groves. Therefore, the trees constantly need a large amount of water, which does not decrease the longer the olive grove exists. The large usage of water in the olive oil production therefore occurs mainly in the industrial olive groves where many young trees are planted close together. Indeed, a lot of water is needed to maintain these trees so that they have a constant high production. The large plantations in Spain often have fixed contracts with wholesalers and supermarkets, so they have to guarantee a constant quantity of olives and olive oil. To achieve this, they leave nothing to chance and make sure that the trees always get the perfect amount of water. The small olive grower often has no contract with the big supermarkets and therefore does not have to respect any guarantees. The trees are watered by the rain, and if it is dry for a long time, the trees have little or no water. 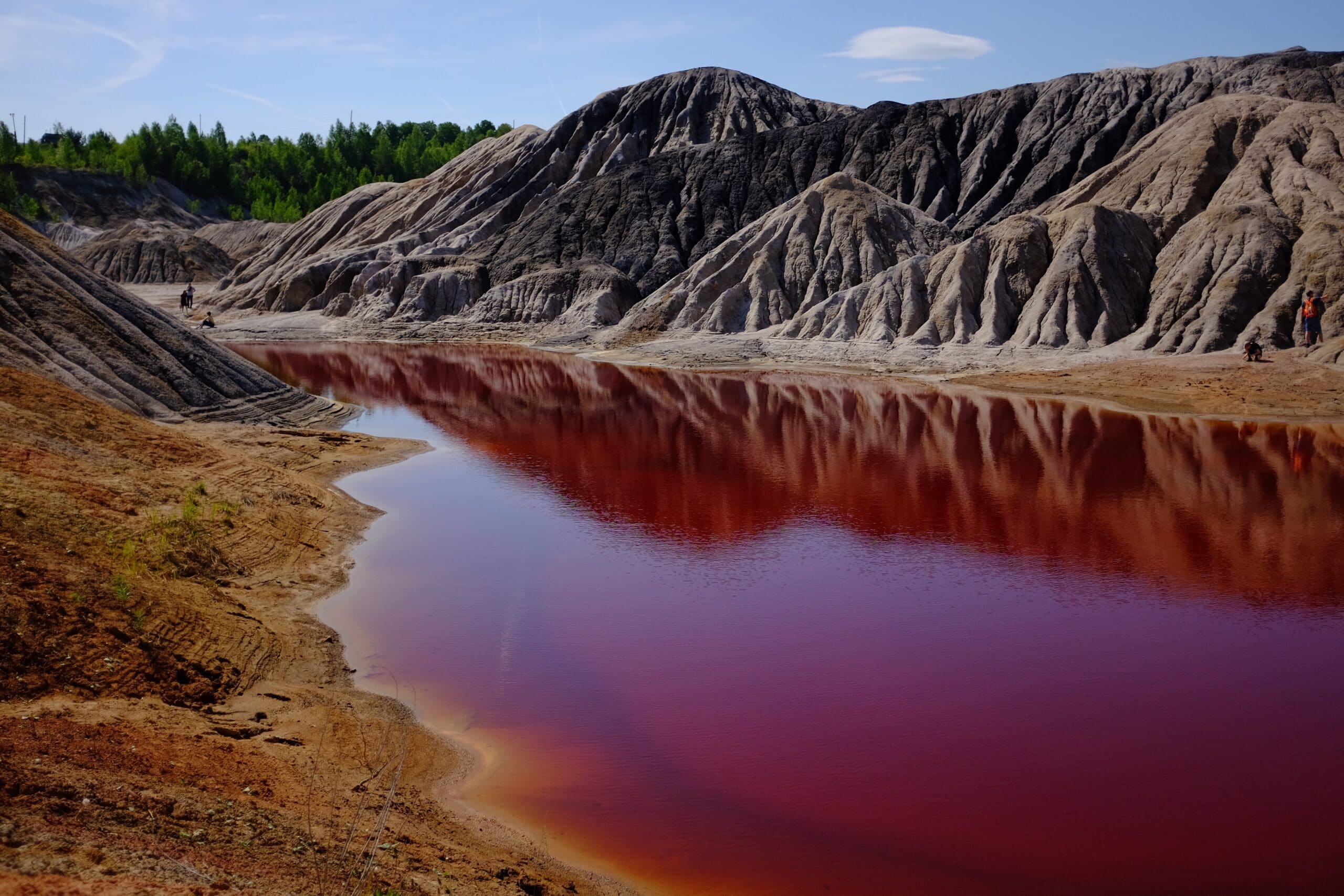 Another frequently mentioned problem is water pollution caused by olive cultivation. There is talk of the large-scale use of pesticides and fertilisers. When these products are used in conjunction with a lot of water, the residues of the chemicals are washed away with the water. These then get into the groundwater, which affects the vegetation in surrounding areas, or they get into open bodies of water such as rivers or lakes, which poses a threat to the flora and fauna there.

Fertilisers and pesticides promote the growth of olive trees and prevent them from being damaged by insects, for example. Therefore, their use can be a great help for farmers to ensure their olive production. However, problems with water pollution are an important consequence of this.

At il circolo we do not use artificial fertilisers or pesticides. We use sustainable products to keep insects away from the trees and let nature do its work. This is reflected in the organic labelling of our olive oil. 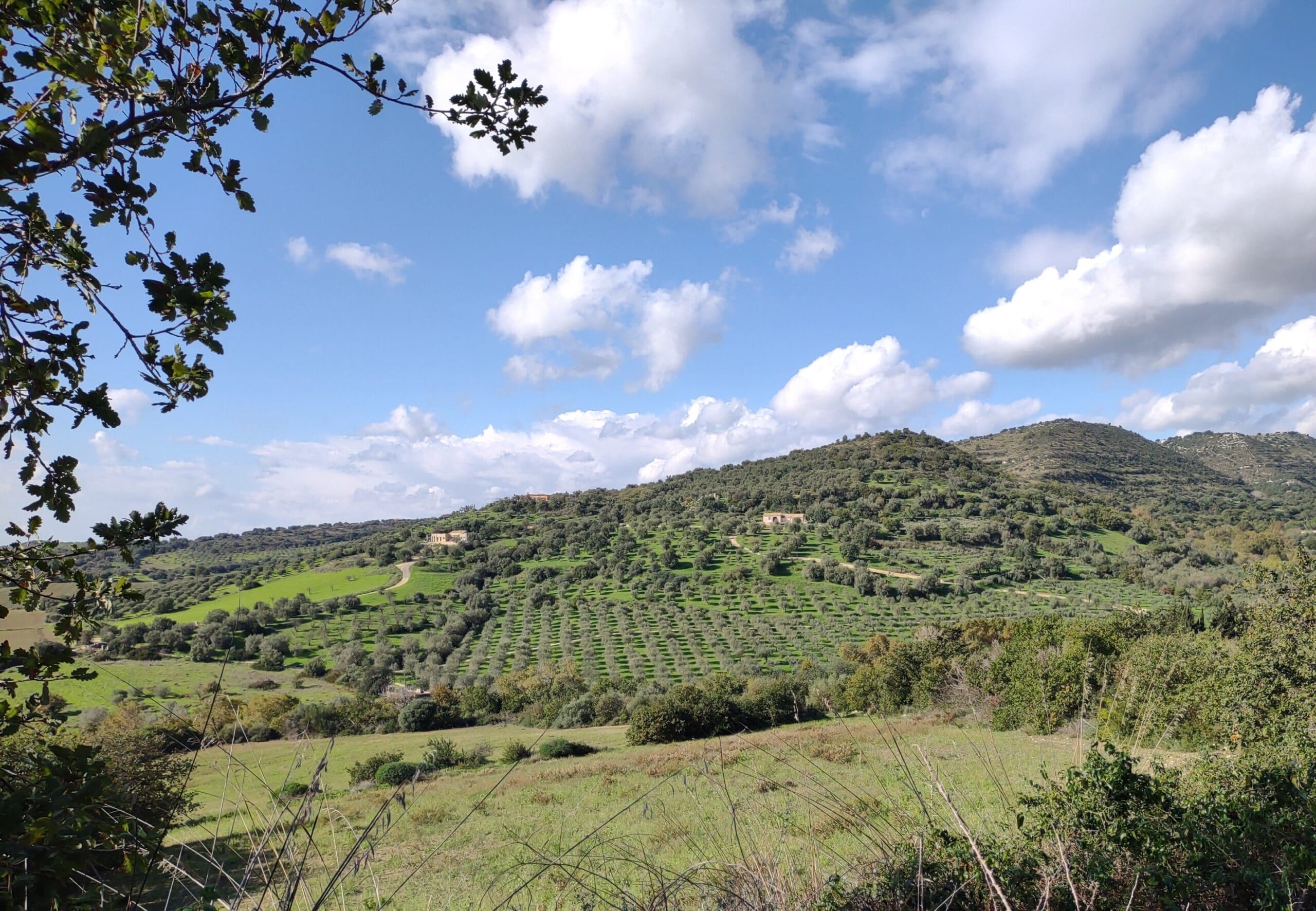 We are a small olive grove and have deliberately chosen not to irrigate, as our trees are already large and can withstand the hot, dry summers of Sicily. We are aware of the impact of our actions on the trees, the plants in the surrounding area and the climate in general. Therefore, we can proudly say that we do not cause water pollution or water scarcity.

Water usage in the oil mill

When they arrive at the oil mill, the olives are first weighed, defoliated and washed. Then the olives are ready for the next processing steps: pressing, crushing, extracting, storing and filtering, which have followed an almost unchanged working logic for thousands of years. Extraction is the heart of the process: from the pulp obtained in the previous stages, the three components pulp, vegetation water and oil must are separated, and this can be done discontinuously or continuously. Depending on how modern an oil mill is, more or less vegetation water is released during extraction. Extraction systems can be divided into two processes: the three-phase centrifuge extraction system or the two-phase centrifuge extraction system. 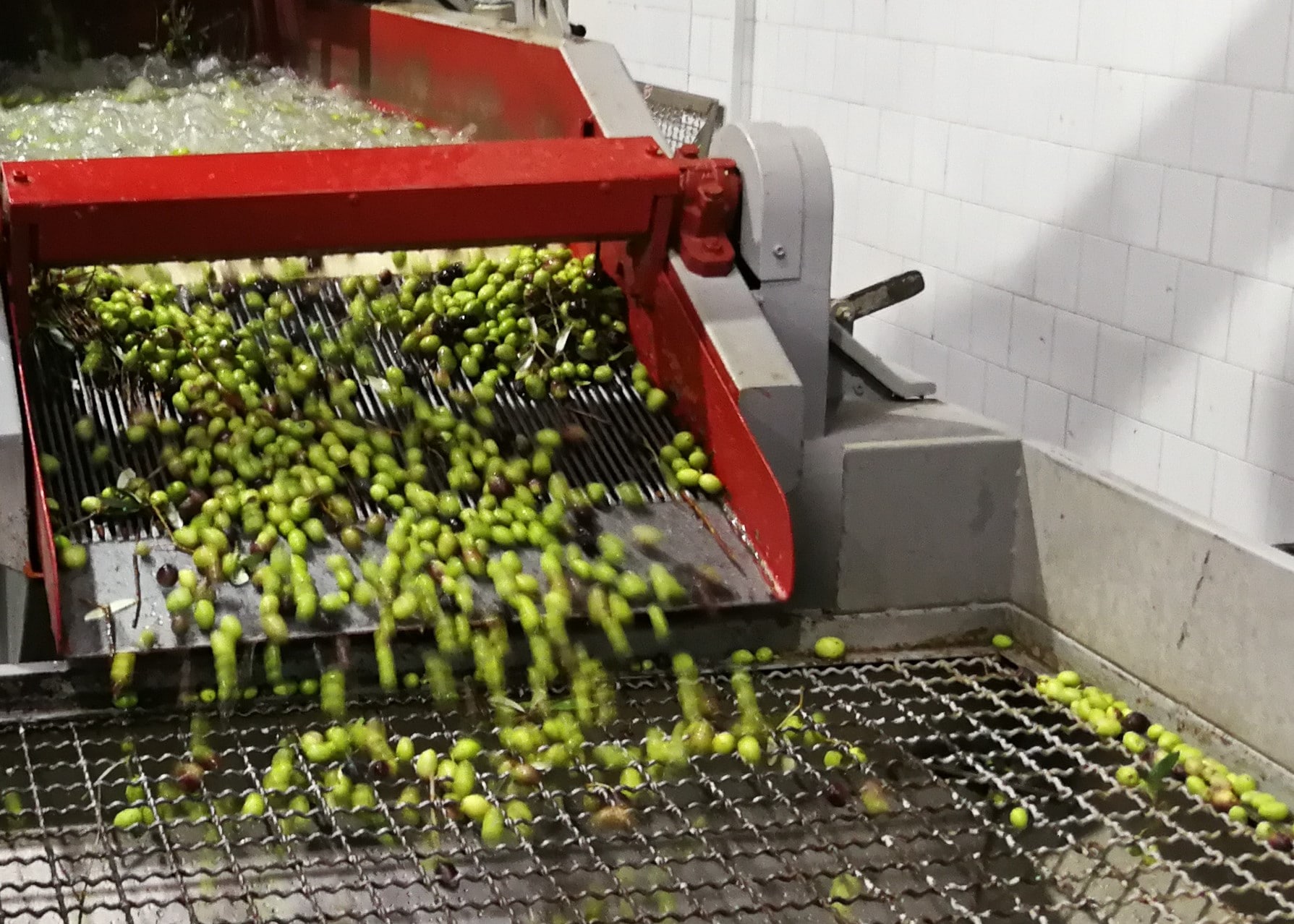 The main problem with three-phase centrifugal extraction is that it produces a lot of wastewater that is difficult to dispose of. Due to the chemical composition of this so-called vegetation water, it has long been considered dangerous for plants. Therefore, certain agricultural and legal aspects have to be considered before this water can be used for fertilising and irrigating the soil.

“Although it used to be considered a highly polluting agricultural waste, vegetation water does not actually contain any substances that are dangerous to humans or the environment, such as pathogens, heavy metals, etc. Due to its high organic load and low biodegradability, it can at best have some undesirable effects on the functionality of agroecosystems: Lowering the pH of the soil, and slowing down the transformation and biodegradation processes of the wastewater due to the antimicrobial effect of the total amount of polyphenols.” (Francesca Modugno, researcher at Crea – Agricoltura Ambiente in Bari). (1)

Fortunately, however, these are temporary effects that disappear a few months after the vegetation water is applied to the soil. Moreover, the risk of groundwater contamination is essentially limited to loose soils or to soils that drain particularly well in the event of extreme seasonal rainfall or in the presence of slopes and fills downstream. 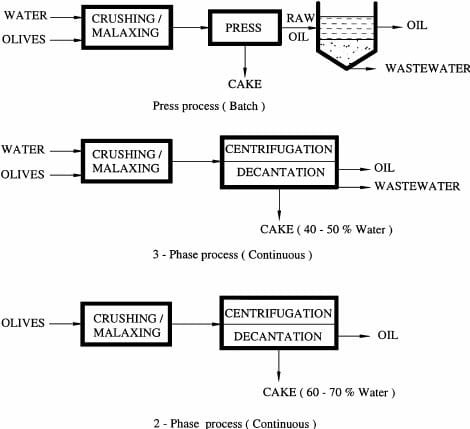 Due to the economic and environmental conditions for agriculture, a new centrifuge extraction system was developed in the 1990s that put an end to the problems with vegetation water. This new extraction method has become known as the “two-stage” or “integral process” and eliminates the need for process water (dilution water), which was essential for the three-stage centrifuge system. This has the double advantage of reducing water usage in the olive oil production and eliminating the need to drain vegetation water, which is a major cost factor for olive oil mills.

In two-phase centrifugal extraction, the centrifuge has only two outlets through which the waste water is discharged together with the solid waste from the olives, also called “pomace”. The oil mixture enters a vibrofilter chamber and is fed into a vertical centrifuge. The only by-product is a very wet pomace (which is about 65% water). This wet pomace is treated in a researched way so that the material is used optimally. This is the best way from an environmental point of view.

After a storage period in tanks, during which 8-10 % of the pomace’s moisture is lost, the process of coring begins. These can be easily separated with a centrifuge that collects the kernels. The pips are sold as fuel or reused in the olive mill. The seedless pulp has a moisture content of 62% to 65% and is spread on the soil as a good organic fertiliser. Unlike vegetation water, the moist pomace is not absorbed into the fertile soil and therefore does not harm the soil or the plants. Moreover, it does not smell as bad as other fertilisers because it contains a lot of water and little oxygen, which prevents fermentation. 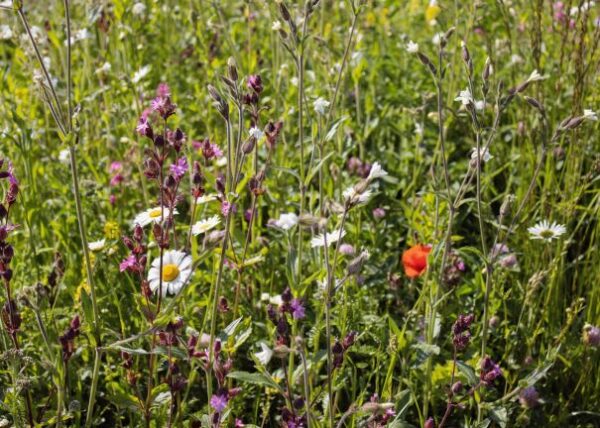 Vocabulary of a regenerative food system

The idea of a regenerative food system has been around for quite some time. In simple terms, it is working 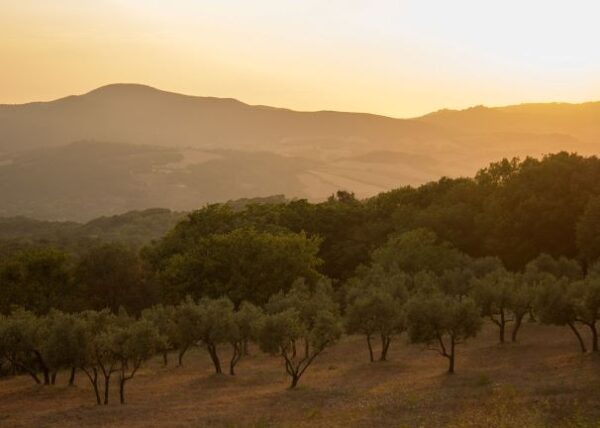 Olive harvesting by hand or by machine – what producers say

Il circolo is a small traditional olive oil producer. Our olives are still picked by hand and that is quite 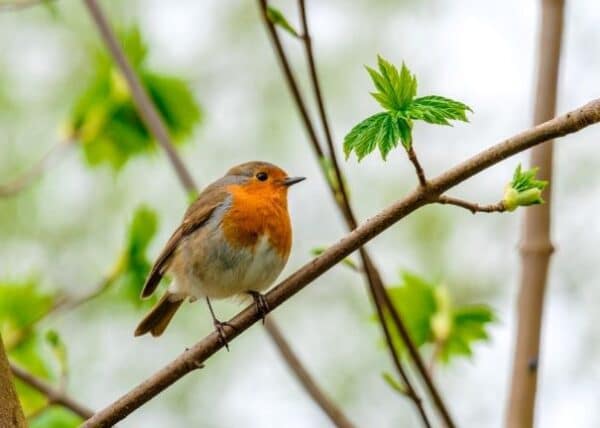 As producers of olive oil, we are very aware of our dependence on nature. The climate, the soil, the olive